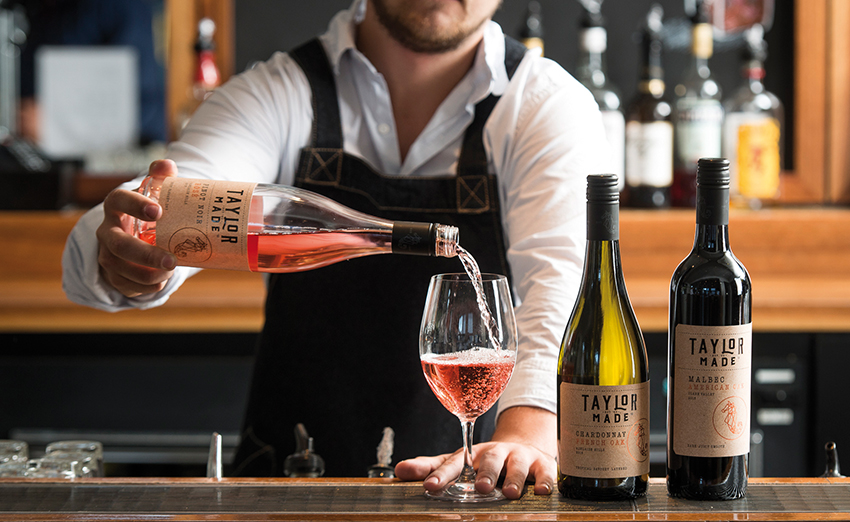 A ‘NOD’ TO THE EARLY DAYS

THE Taylor family were originally wine negociants rather than winemakers. Patriarch Bill Taylor Sr, who owned hotels and bottle shops in Sydney, worked with South Australian wineries and co-ops to “tailor” house brands for his licensed properties. The publican later went on to create Taylors Wines in the Clare Valley in 1969, building a behemoth that now produces over 250,000 cases of wine a year. Taylors is still family-owned and has built a formidable reputation for excellent value and for making some of the country’s finest rieslings. Taylors is now by far the biggest producer in the Clare Valley – and its newest range is a tribute to the company’s early days. Called Taylor Made, the new range is a nod to those first wines, sourced as smartly as possible using fruit from grower partners rather than the company’s estates. The wines will be sold in select independent retailers, restaurants, pubs and bars – but not in supermarkets. The new range comprises a 2016 Adelaide Hill pinot noir rosé, a 2016 French-oak-matured chardonnay, also made from Adelaide Hills grapes, and a 2015 Clare Valley malbec matured in American oak. Not your usual new range, then; no Clare riesling and no shiraz or cabernet, two varieties with which Taylors also traditionally shine. The range will retail for around $25. Visit www.taylormadewines.com.au.