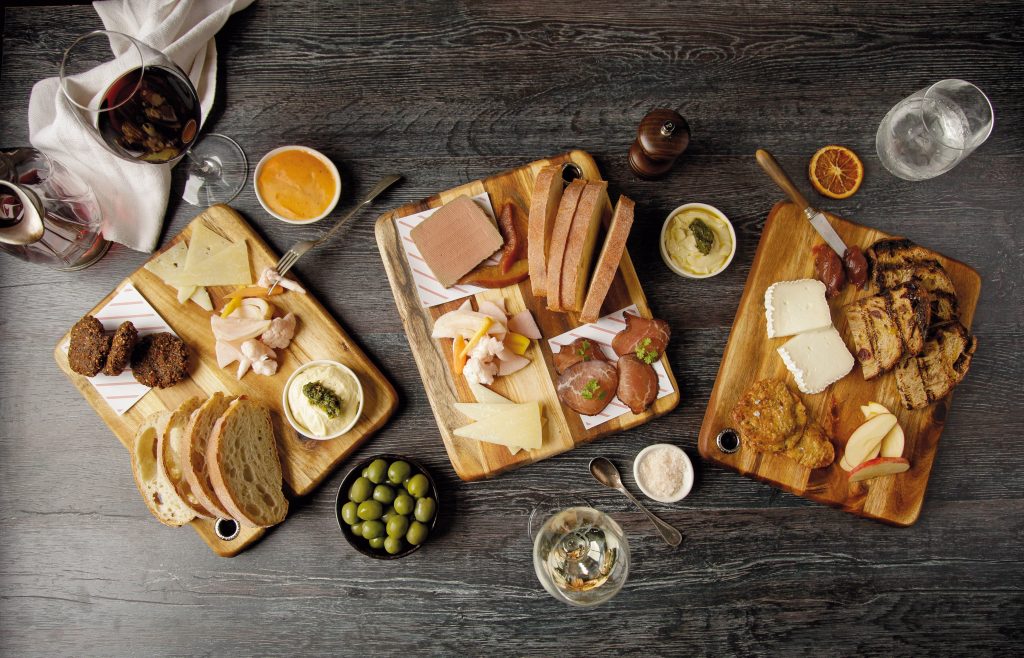 THE social wheel has turned full circle in Summer Hill. The inner west suburb boomed with the arrival of the railway in the late 19th century, becoming the swanky area of choice for many of the banking and insurance professionals who worked in the CBD. Even its post office was a cut above and was designed by Walter Vernon, the architect responsible for the Art Gallery of NSW. Over the past decade, Sydney’s professionals have returned in force and the re-gentrification has also brought back the spirit of Mr Vernon to One Penny Red.
Two years ago, the savvy trio of David Murphy, Nina Alidenes and head chef RJ Lines (ex Longrain and Glebe Point Diner) revamped the grand, heritage-listed post office and named the restaurant after a rare Victorian-era stamp known as the Holy Grail of philately. A smash hit from day one, One Penny Red has become a major gourmet destination.
It’s advisable to book in advance and the downstairs restaurant was packed when we arrived. So was the recently opened Vernon’s Bar, a chic, moody space that wouldn’t be out-of-place in any world capital. It’s a crowd pleaser from the selection of 20 gins from all over the world to imaginative takes on the classic G&T and cocktail mixes. Patrons now have the choice of popping in for a Genever Crusta or a dish or two from the bar menu, or enjoying a quiet drink before embarking on a gourmet three-course meal.
Similar to many menus, the listings are split between starters, small plates and larger plates. But – be warned – serving sizes at one Penny Red are for people with appetites, not weight watchers. We kicked off with the salt cod fritters with smoked chilli mayo and the roasted tiger prawns with bisque butter. The six – yes, six – crispy parcels were creamy and evoked nostalgic memories of brandade, the famous French whipped spread. The prawns were langoustine-sized and juicy to the max. Murphy insisted we try the hiramasa kingfish crudo, ruby grapefruit, cucumber and horseradish. How right he was. It was a palate-provoking blend of raw fish, fruit acidity and pepperiness.
Even the names of the larger plates are comforting – plum and molasses beef short ribs and Hay Valley slow cooked lamb shoulder. If you can’t decide, there’s a four-course “trust the chef” menu for $65 per head, which includes the most popular signature dishes. Our choice fell on the Berkshire pork chop, fermented cabbage (fresh sauerkraut), rosella and apple, which made supermarket pork look like the pale travesty it has become. Earthy yet sophisticated was also the best description for the blue eye trevalla, puy lentils with OPR bacon and salsa verde.
One Penny Red scored two wine goblets in the 2015, 2016 and 2017 Gourmet Traveller restaurant guide. A nice quirk is the “raid your cellar” dinner held on the last Tuesday of each month, which invites diners to bring in a special bottle they have been nurturing. The One Penny Red resident wines come from Montevecchio. In fact, there is a heavy emphasis on sustainable and organic wines from around the world, including Australia.
We had to call for two spoons and one dessert – custard apple and mascarpone pudding, butterscotch and salted almond. For a group of friends or family and couples, One Penny Red’s blend of genuineness, great service and insistence on quality produce and wines is hard to beat. One Penny Red, 2 Moonbie St, Summer Hill; phone (02) 9797 8118.

Luis Tans opened last year showcasing a little-known culinary fusion – South American and Asian. The Bondi Beach location has attracted a youthful crowd, but people of all ages drop by for a taste of the South American wine selection, Japanese whiskies, mezcal and signature cocktails. Quynh Van Nguyen (formerly of China Bar) has joined the original quartet of co-owners – Raul Gonzales, Ryan Ginns, Nathan Joliffe and Shane Moran – to shake up the cocktail menu for summer.
Secreted in a mall off busy Campbell Parade, Louis Tans manages to emit a south-of-the-border vibe. A few months ago the popular diner also acquired a new team of chefs – Leandro Legname (ex Bridge Street Garage) and Sean Andrews (formerly Tetsuya). According to Legname, the culinary brief is to put together dishes that provoke the comment “I never thought about that”.
To be honest, I had never thought about scallop and salmon ceviche with yuzu juice and char-grilled corn. It’s on the radar now as a truly inspired riff on a popular classic. As is the char-grilled tomahawk steak with sesame greens, jasmine rice and chipotle butter. But star status goes to the chicken anticucho, a succulent chicken breast blending a Korean pepper crust with sake and mirin.
The wild mushroom tacos and blue eye cod with miso and lime on a bamboo leaf were also doing a brisk trade, as countless diners Instagrammed their presentation. I’d come here solely for the churros with chocolate. Crisp, salty and sweet, they bypass the doughiness of so many versions of the Spanish classic. A great line-up of craft brews to slake a summer thirst, too. The noise level can be high, but that’s par for the course at any popular joint these days. Luis Tans, 178A Campbell Parade, Bondi Beach; www.luistans.com.
Bang, the pioneering Bangladeshi eatery, lit up the Sydney dining scene last year. The men behind the success story – Nicholas Gurney and Tapos Singha – have done it again with their latest restaurant – Trunk Road. Better yet, in spite of the plush-looking interior – marble tops, leather banquettes and expensive knick-knacks – the pricing is rock bottom.
Nominated in both the 2016 Time Out and Sydney Morning Herald cheap eats guides, there’s no table service and you pay at the counter. There is a curry of the day, but the signature “roadies” are the main attraction. There are four varieties – butter chicken, steak, lamb and paneer – wrapped in featherlight flat breads and they cost only $10 to $12. Sluice them down with a watermelon G&T, a Kingfisher beer or one of the 10 curated wines. But don’t leave without satisfying your sweet tooth with the one and only dessert – gulab jamun. Trunk Road, 163 Crown St, Darlinghurst; phone 0476 172 471.