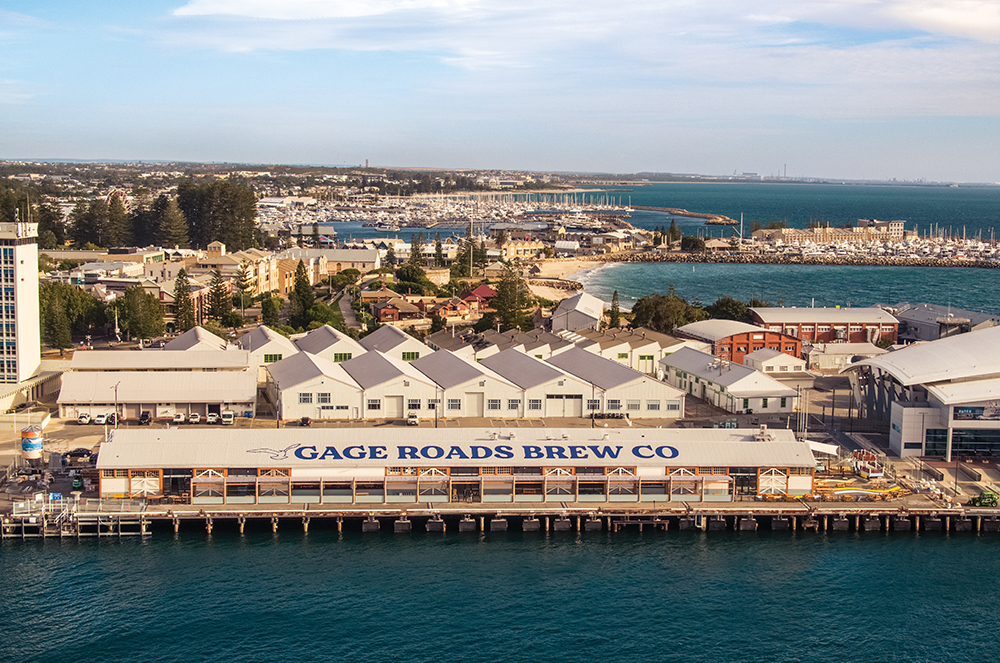 AFTER ISO BENEFIT FROM A BREW

AFTER being isolated from the rest of the world, Western Australia welcomed its first international and interstate arrivals in March.
Visitors can now check out the new Gage Road Brewing facility in hip and happening Fremantle, the port city just south of Perth.
The new venue opened last month in the historic A Shed building at Fremantle’s Victoria Quay.
Built in 1926, the 100-metre-long dockside cargo shed at the entrance to the harbour has been transformed into a brewery, restaurant, bar, and family-friendly venue – with much of the shed’s heritage still retained throughout.
Located right on the Walyalup Waterfront, the venue also includes a 100-metre strip of alfresco seating overlooking the ocean between Fremantle and Rottnest Island, from which Gage Roads took its name, plus a children’s play area.
Guests can sample the full range of Gage Roads beers on tap, poured direct from 16 different tanks, along with a rotating list of brewery-only exclusive brews.
Executive chef Danny Sanchez is serving up bites and share plates inspired by the sea featuring local produce, as well as wood-fired pizzas.
The brewery is part of Fremantle’s Victoria Quay revitalisation project – which looks to develop the port precinct into a major tourism and recreation space.