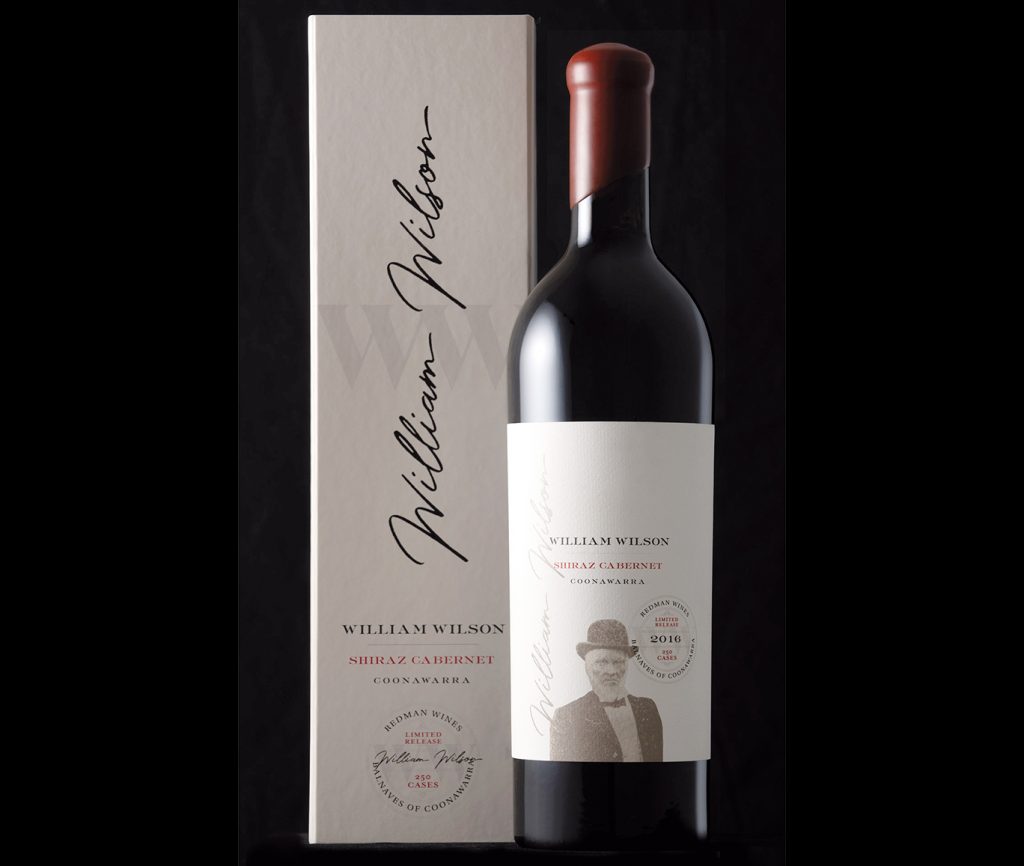 ONE of the unsung heroes of Australian wine has been recognised after two of Coonawarra’s most famous families – the Balnaves and Redmans – released their new joint venture: the 2016 William Wilson Coonawarra Shiraz Cabernet. The limited-edition, $300-a-bottle “traditional claret” is the most expensive wine ever released from Coonawarra.The wine marks a coming together of two families linked by generations of history. Kirsty Balnaves, of Balnaves, and Dan Redman, of Redmans, share the same great-great-great grandfather in regional pioneer William Wilson. Balnaves said the collaborative project was a tribute to the humble Scottish gardener who not only sired both families but is also credited with the discovery of the region’s terra rossa soils. “William Wilson was a Scottish gardener who settled in Petticoat Lane, Penola, in 1861,” she said. “He was an expert in vine and fruit tree horticulture, and was the first person to recognise the free-draining properties of the red terra rossa soil. He advised fellow settler John Riddoch to establish his Penola Fruit Colony on what we now know as the terra rossa cigar, laying the foundation for Coonawarra’s reputation for world-class cabernet sauvignon and shiraz. Although he is not widely remembered, he really was the region’s founding father.”
Wilson was born in Scotland, served in the Scottish Highlanders in Ireland and Greece, and emigrated to South Australia in 1849 at the age of 33. It was during his posting on the Greek Islands of Zephalonia, Zante and Corfu that he learnt about viticulture and the role that soil type played in vine health and vigour. Wilson’s daughter Margaret married William Neilson and of their six children, one married a Redman and the other a Balnaves, starting a 120-year-old wine-making dynasty. “Coonawarra has a long history of sharing knowledge and collaborating, that started with William Wilson and John Riddoch,” great-great-great-grandson Dan Redman said. “My great grandfather Bill Redman sold his first grapes to the Riddoch winery and when it closed he kept the Coonawarra wine industry alive by selling bulk cabernet and shiraz to other Australian wineries. In fact it was Bill and his son Owen who helped Doug and Annette start Balnaves in 1974. This wine is a symbol of that sense of community that defines us.”
The two families conceived the tribute wine in 2016, the 200th anniversary of William Wilson’s birth. The Redmans set aside a small parcel from their 85-year-old North End shiraz vineyard and the Balnaves reciprocated with a parcel of cabernet from their 43-year-old Paulownia vineyard. “Fortunately 2016 was a great year in Coonawarra,” Redman said. “Veraison was very even contributing to small berry size, and the mild conditions and cool finish allowed slow, even ripening. The 2016 William Wilson Shiraz Cabernet is very much in the traditional ‘claret style’ with medium body, fine-grained tannins and a great balance of fruit and structure.” Just 200 dozen of the limited-release 2016 William Wilson Coonawarra Shiraz Cabernet have been made. The wine is available by direct mail order or by visiting the Redman and Balnaves cellar doors.