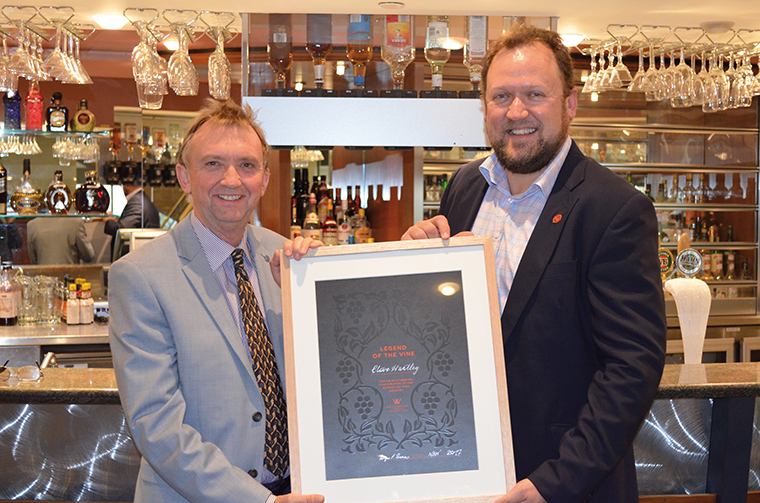 Wine Communicators of Australia (WCA) has announced this year’s winner of the NSW Legend of the Vine, Clive Hartley. A seasoned author, wine writer, sommelier, wine judge and professional wine educator, Clive Hartley has been a prominent figure in the Australian wine industry for more than twenty years. He was instrumental in the development of the wine education program at the Northern Sydney Institute, and in 2008 established The Sydney Wine Academy at Ryde College.
“The Legend of the Vine Award aims to recognise individuals who’ve made an outstanding contribution to the Australian wine industry, and Clive is incredibly deserving of this honour,” said WCA National Chair, Angus Barnes. “His dedication to education – be that through his writing, the Sydney Wine Academy or his consultation work in the broader industry – has positioned him in high regard and Clive is seen as a mentor to many – from keen amateurs through to seasoned professionals.”
Clive played an integral role in introducing the Wine and Spirit Education Trust program at The Sydney Wine Academy and continues to champion the WSET Diploma in Wine and Spirits throughout the industry. Clive is an honorary life member of the Australian Sommeliers Association and has successfully completed a number of projects consulting to government bodies on wine related curriculum in Australia. His book, the Australian Wine Guide is now in its sixth edition. The Legend of the Vine Award was first introduced in New South Wales in 2011, and has since extended to Victoria and South Australia, with annual awards issued in each state. The nominees from each state are nominated by the WCA Board and State Chapters, with the final winner determined by the WCA National Board.  Clive is the seventh person to be awarded Legend of the Vine status in NSW.