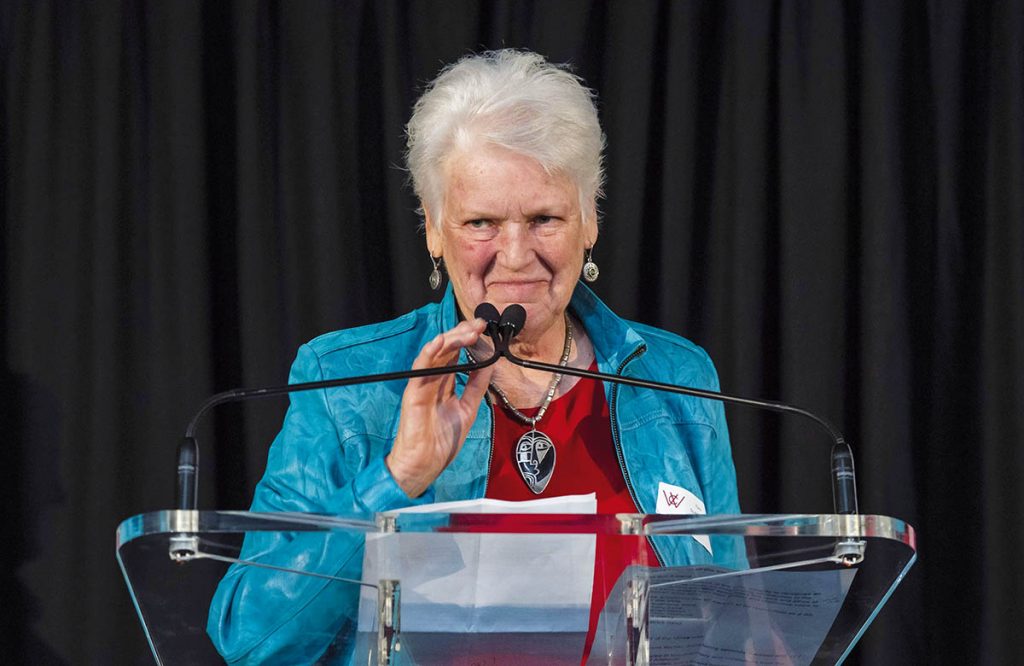 THERE is nothing unusual about women winemakers, even in the blokey Australian world of wine.
Sue Hodder, Vanya Cullen and Louisa Rose are among those at the peak of their profession – and there are dozens more following in their footsteps, many at the helm of their own businesses.
Back in the 1980s there were only two women winemakers of repute – Ursula Pridham at Marienberg and Pam Dunsford.
Dunsford has been recognised by being named the South Australia Wine Communicators of Australia Legend of the Vine 2019. She grew up in an era when it was unthinkable that young women should hold winemaking roles.
Having studied for a degree in biochemistry and horticulture from the University of Adelaide, it was during this time she became interested in wine. In 1972, Dunsford became the first female to be accepted to Roseworthy College to study Oenology and went on to have a 40-year winemaking career.
She was the first woman to occupy an important winemaking position in a large company, the first female winemaker to become a wine show judge, the first woman to be employed by Krug and among the first women wine educators and winemaking consultants in Australia.
Dunsford received her award in recognition of her outstanding contribution and service to the Australian and South Australian wine industry. She is well known for paving the way for many women winemakers in Australia and for her guts and determination.
Her first role in the wine industry was with Wynns Winery between 1974 to 1986. After leaving Wynns, Dunsford was awarded a Churchill Scholarship, during which she spent her time in Champagne. Upon returning to Australia, she became a consultant and lectured at Roseworthy and the Hotel School at Regency Park. In 1981, Dunsford started working for Chapel Hill, a stint that lasted 19 years.
Toni Carlino, WCA Chair, said: “Pam Dunsford has shown great determination and resilience throughout her career. Her impact on the Australian wine industry is paramount and has paved the way for many within it today. We are honoured to award Pam our 2019 South Australia Legend of the Vine.”
Dunsford is the sixth person to achieve legend status in South Australia and she joins fellow wine colleagues and professionals Tony Love (2018), Brian Walsh (2017), d’Arry Osborn (2016), Bill Hardy (2015) and Patrick Iland (2014).