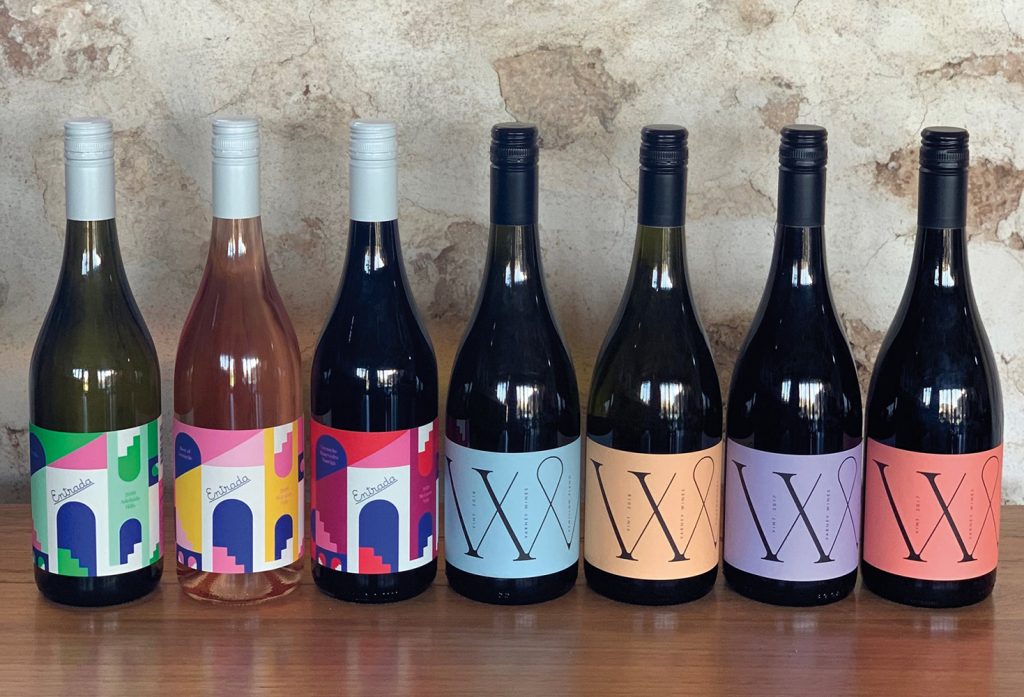 ALAN Varney of Varney Wines is a genuine garagiste producer, making some of his wines in volumes of under 100 cases per vintage. While the Entrada range is designed to show off young, approachable, drink-now wines, all three show Iberian swagger and style. There are a 2019 verdelho, a 2019 grenache rosé and a 2018 grenache, mourvedre, touriga blend. The styles were inspired by Varney’s time doing 2017 vintage in a small town called Entradas in Portugal. While Varney Wines is a newcomer, the creator has a long history in the wine business.
“It all started as a ‘tonne for fun’, an opportunity to make my own style of wines from some of my favourite vineyards in McLaren Vale and the Adelaide Hills,” Varney says.
He caught the wine bug early. After meeting his wife Kathrin while backpacking around the world, followed her to her hometown of Berlin and began tasting his way around the world. He took an Oenology degree at Melbourne University and worked vintages in regional Victoria before working for Orlando-Wyndham in the Barossa and Longview Wines in the Adelaide Hills. A casual vintage job at d’Arenberg in McLaren Vale turned into an 11-year stint.
“During the many long vintage hours in the winery at d’Arenberg I had the opportunity to build strong relationships with local growers,” Varney says. “I now count many of them as close friends who I source fruit from for Varney Wines.
“I feel fortunate to be able to have access to grenache, mourvèdre, touriga, cabernet, nebbiolo, fiano, semillon, chardonnay, and shiraz from some very special sites in various sub-regions in the Adelaide Hills, McLaren Vale, and a small parcel at Langhorne Creek.”
Varney, who has also worked vintages in California and New York State, says he is not “afraid to step out of the box” and go with his intuition.
“I utilise whole bunch and/or whole berry addition, extended cold soaks, indigenous yeast,
submerged cap, foot treading, and carbonic maceration – whatever the fruit calls for really,” he said.
“I only use old seasoned oak with no fining or filtration. I make my wines out of a new, environmentally sensitive winery I built alongside my wife Kathrin’s restaurant at Victor’s Place, located at the gateway to McLaren Vale overlooking the beautiful rolling hills of the Onkaparinga Gorge.”
This transformed former derelict shearing shed is also the home of the Varney Wines tasting room. Varney’s upper end wines under the Essentials range include a 2018 semillon fiano ($28), a 2018 chardonnay ($32), a 2017 GSM and a 2017 shiraz (both $42). Varney Wines, 62 Victor Harbour Road, Old Noarlunga, SA. www.varneywines.com.au.