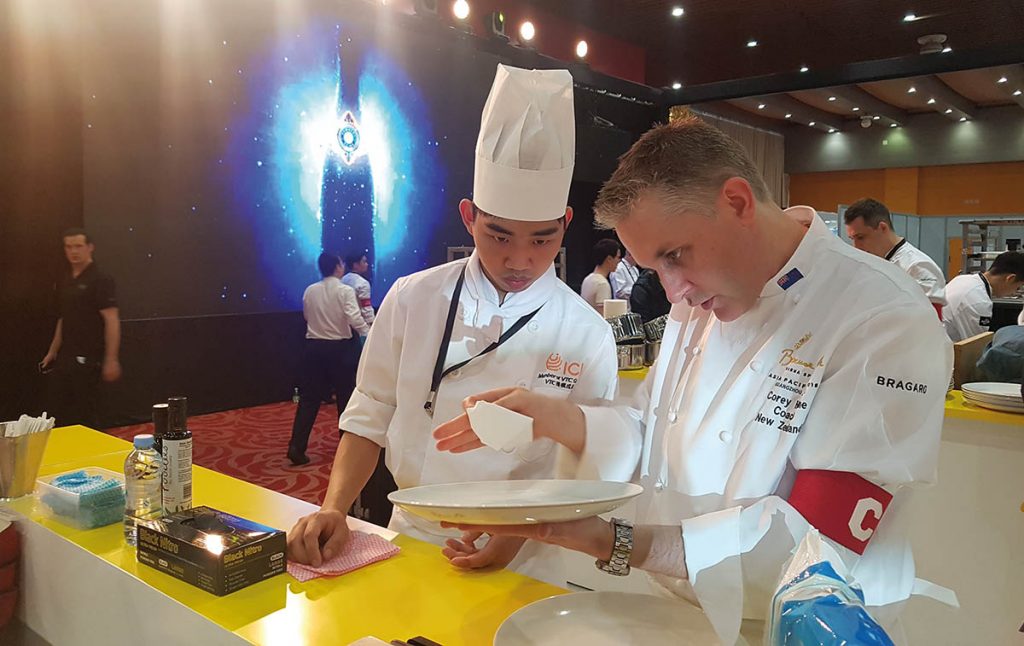 RISING star Corey Hume is the new executive chef at True South Dining Room, the award-winning eatery at the Rees Hotel in Queenstown, New Zealand.
Hume is a former member of the New Zealand National Culinary Olympic team and spent eight years at Blanket Bay luxury lodge.
Mark Rose, chief executive of the Rees believes it’s a real coup to have attracted Hume.
“Corey is world-class – both in this creative calibre and kind-heartedness given his service record mentoring chefs and raising funds for important community causes. We’re all hugely excited to welcome him aboard to our team,” Rose says.
Hume’s CV shows residencies working in Japan, Oman and exposure in the US. “I believe in honesty and authenticity – with a twist,” he says. Chef Hume believes Queenstown is an inspiring place to live. “There are few places where the view is as magnificent,” he says.
He replaces Ben Batterbury, who spent a decade as executive chef at the Rees.