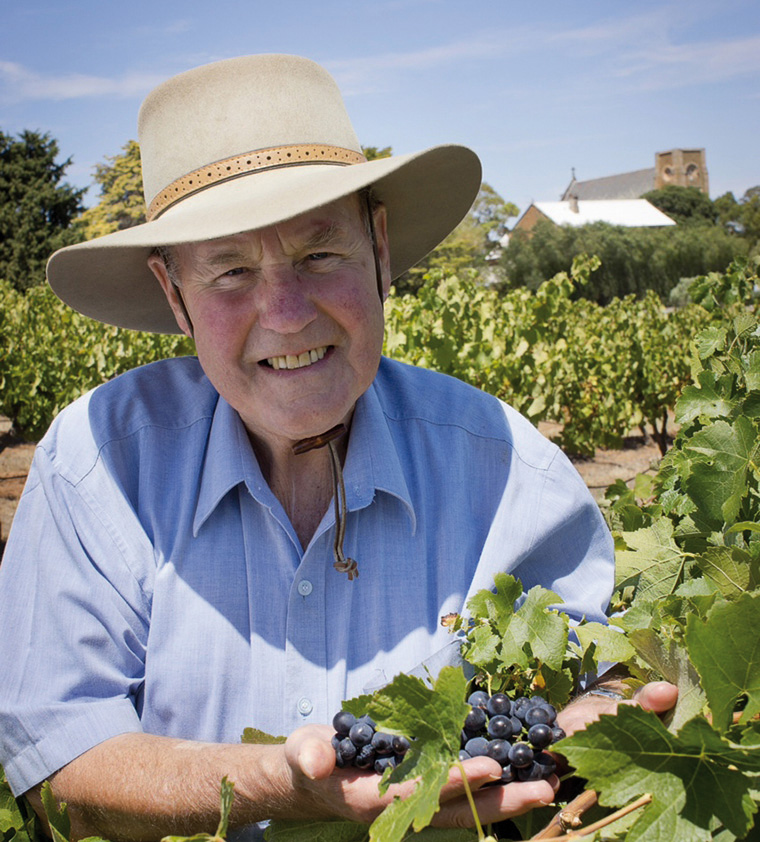 INDUCTED INTO THE ORDER

BROTHER JOHN May, the man who helped transform the Clare Valley wine industry and the fortunes of its Jesuit-run Sevenhill winery, has been admitted as a member in the Order of Australia in recognition of his significant service to winemaking in the Queen’s Birthday Honours List. Brother May took over the winemaking duties at Sevenhill in 1972 upon the sudden death of Brother Hanlon, and immediately made an impact concentrating on classic varieties such as cabernet sauvignon, cabernet franc, malbec, merlot and riesling. He also looked to “new” imports such as chardonnay and the fortified wine grape, touriga. With skills in carpentry, concreting and bricklaying he undertook and oversaw the building of a new winery on site. Temperature controlled stainless steel fermenters, cold stabilisation tanks, an airbag press, a laboratory and bottling line were also installed. Brother May retired in 2003 and in 2008 his work was recognised with the release of 2004 Brother May Reserve Shiraz. In 2014 he was made an inaugural member of the Clare Valley Wine Hall of Fame. “Having devoted my life to the Lord, I do not expect to be honoured for my work which, for me, has always had its own rewards,” he says of his latest recognition. In his continuing role as Winemaker Emeritus, he remains the face – and soul – of Sevenhill.