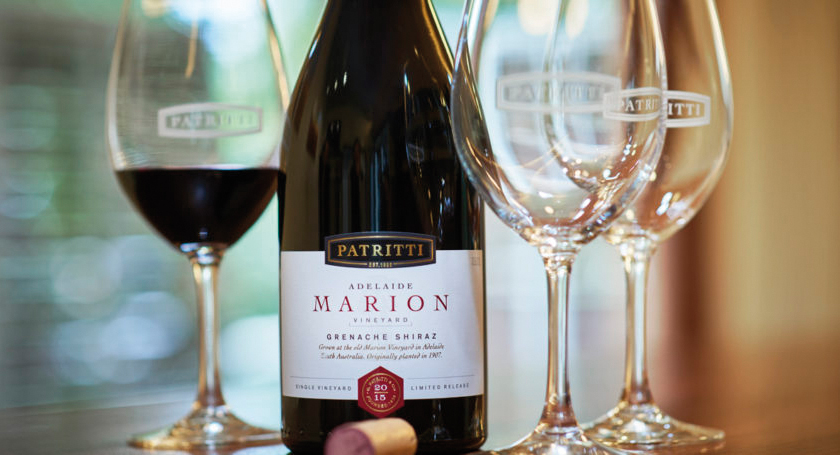 MAKING THE MOST OF HERITAGE VALUE

PATRITTI, one of the last surviving city-based wineries in South Australia, has renewed its agreement to produce wine from the world’s oldest commercial urban vineyard.
Planted in 1907, the 1ha Marion Vineyard is surrounded by housing and a public swimming pool in the southern suburbs of Adelaide, a city of 1.4 million people.
But its grapes are not feeling the squeeze of city living with the Patritti Marion Vineyard Grenache Shiraz a regular award winner.
Established in 1926, Patritti Wines is the last remaining family-owned suburban winery in Adelaide. It is about 4km south of the council-owned Marion Vineyard, which it has managed since 2006. The vineyard produces around 3000 bottles of the grenache shiraz blend each year. About 1000 litres of fortified wine has also been produced from fruit grown on the block each year since 2006, but this is unlikely to be released until it has been aged for 15 years and reaches “rare” status.
“We’ve been very fortunate to work with a council that’s committed keeping the site and understanding its heritage value, but it’s a labour of love,” says Patritti’s managing director Ines Patritti. “We’re delighted to be part of its journey and it’s also lovely to see how the community has come on board with it – they are very much the vineyard protectors and they let us know when people are in there for any reason.”
Patritti’s winemakers James Mungall and Ben Heide have passionately worked with projects manager Matthew Mungall to reinvigorate old grenache and shiraz vines, improving the quality of fruit they produce.
The Marion Vineyard is one of only a few commercial urban vineyards left in the world. Patritti recently won the tender to manage the vineyard for another five years. The Marion area is about 12km south of the centre of Adelaide and 10km north of Reynella, where John Reynell produced one of Australia’s first wine vintages in 1842.