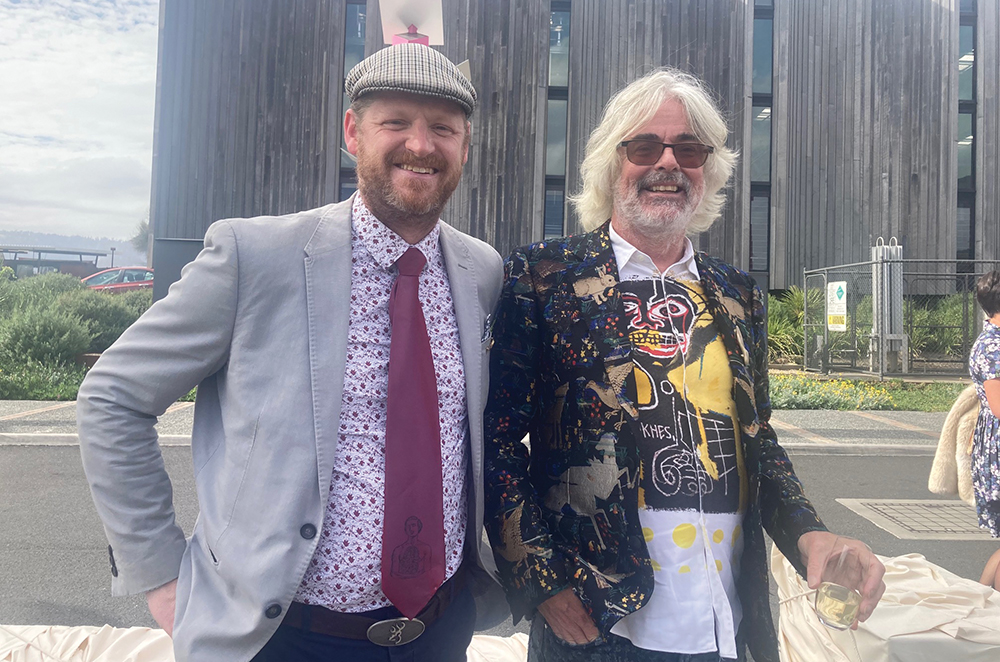 SIXTY years is not a long time – but in the Tasmanian wine business it is an eternity.
Moorilla marked its 60th anniversary recently with a day of celebration, paying homage to the legacy of founding winemaker Claudio Alcorso.
Moorilla Estate, home to the Museum of Old and New Art (Mona), hosted Sexagesimus, a festival described as “a Dionysian day of wine aplenty, feasting, live music and performance on the Mona lawns.
Latin for 60th, Sexagesimus honours Alcorso, a visionary and pioneer of winemaking in Tasmania.
Guests were invited to bring a picnic rug and feast from Mona’s food offerings – reimagined in celebration of Claudio.
Musicians, including Vince Jones, entertained as patrons sipped their way through speciality wine tastings of Moorilla’s rare back vintages, available for one day only.
Moorilla also marked the occasion by re-releasing a limited-edition vintage riesling: the 50th anniversary Cloth Label, made from grapes hand-picked and stomped by foot at Moorilla’s 50th anniversary celebration.
This limited-edition wine, cellared for 10 years, follows a tradition beginning in 1962 when Alcorso and his family harvested and stomped the first riesling grapes from Moorilla.
Moorilla winemaker Conor van de Reest says: “Moorilla has a long history here in Tasmania as one of the very first modern vineyards.
“Throughout that time, through Claudio Alcorso and David Walsh, it has always had an intrinsic link to community. We’re welcoming the public to celebrate Moorilla’s 60th vintage with a fitting tribute to Claudio’s legacy and the ongoing story of the vineyard he established.”
David Walsh, Moorilla’s owner and Mona’s creator, says: “I was raised just up the road from Moorilla, and as a child I walked past many times, but I did not enter, because I did not feel that such a special place was meant for one such as me.
“Had I entered, I would have encountered one of Claudio’s (and Moorilla’s) earliest vintages, and three houses that he commissioned. Years later, I marvelled at jazz on the lawn, and pinot in the glass.
“I bought Moorilla on a whim, and that whim came to define me. Moorilla became mine, along with its houses, after Claudio had been a sensitive custodian for 47 years.”