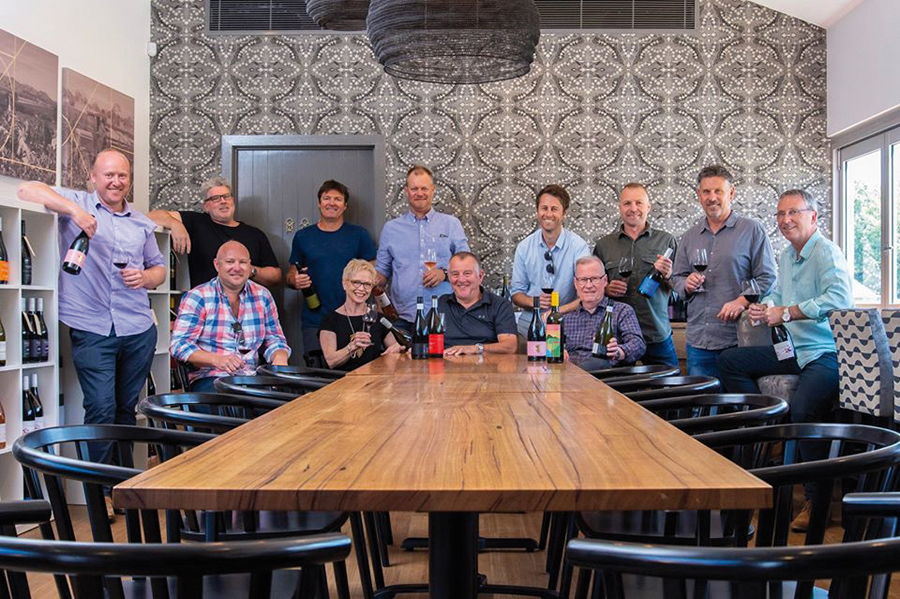 THE select group of Artisans of Barossa has welcomed two new labels to the fold.
Mark Slade and Craig Stansborough from Purple Hands Wines and John and James Lienert from Lienert Vineyards join founder members Hobbs of Barossa Ranges, John Duval Wines, Spinifex Wines, Schwarz Wine Company and Sons of Eden. Each of the seven Artisans of Barossa winemakers is an independent, family-owned business.
“During discussions with both wineries through 2019, it was plain to see they were obviously aligned to the philosophy that binds the Artisans winemakers together,” the group said on its Facebook page.
“There is a love of all things Barossa, a hands-on approach to making wine and an unwavering commitment to authenticity in the art of small-batch winemaking.”
Purple Hands’ breakthrough moment came at last year’s Barossa wine show where from 11 entries they were awarded eight gold medals and two trophies including the Chairman’s Trophy and the Trophy for Best Small Producer. They source fruit predominantly from the southern Barossa around Williamstown and Lyndoch, and specialise in both traditional Barossa varietals like shiraz and grenache and Italian varietals such as aglianico, montepulciano and negroamaro.
John and James Lienert’s family settled on the Barossa’s western ridge in the second half of the 19th century, and since 2001 the brothers have been establishing vineyards and supplying a number of Barossa’s best winemakers with quality fruit. In 2016, they decided to begin making wine from their personal selection of some of the best blocks on the estate to sell under the Lienert Vineyards and Jack West labels.
Wines from all seven artisan producers are featured in the Wine Room at the rear of Vino Lokal in Murray Street, Tanunda. The Wine Room is open every day from noon. Construction on a new Barossa home for the Artisans will start soon.