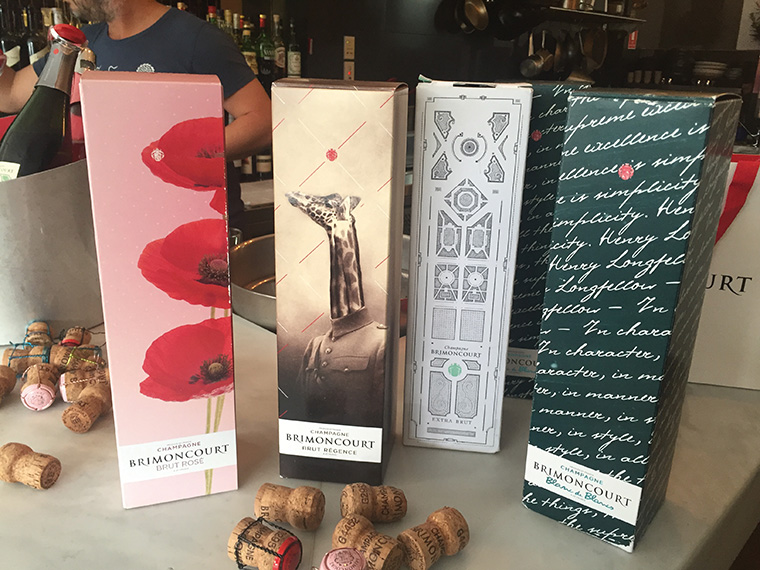 AROUND 12 months ago, a human whirlwind by the name of Hugues Villemain, a charming, urbane Frenchman, landed in Australia and started to contact wine industry and media folk. Villemain said he was representing a new Champagne house, Brimoncourt, that was set to take the wine world by storm. What chutzpah! In a country where big brands like Moet et Chandon, Bollinger and Veuve Clicquot dominate, what chance was there for a new Champagne house, a negociant no less, with zero pedigree?
Well, in the ensuing months Villemain has established himself as something of marketing wizard; Brimoncourt has established a firm footprint in the Australian market and can be found on lists from Catalina Rose Bay in Sydney, Punch Lane in Melbourne, The Lake House at Daylesford, Print Hall and Rockpool Bat & Grill in Perth and Willing Brothers in Hobart. So what, exactly, is Champagne Brimoncourt? A noted label until the 1950s, it was re-born in Aÿ, in the Marne, next door to Bollinger, in 2008 by the colourful Alexandre Cornot, a former lawyer, naval officer, entrepreneur and New York art dealer, who is himself a Champenoise. While plans to buy vineyards are in train, Brimoncourt currently sources all its fruit from growers. It is based in 18th- and 19th-century buildings and gardens (some a former print works), that were partially constructed by the Eiffel Company and are classified as part of the industrial heritage of the region. The first Brimoncourt Champagne was only launched in late 2013 (and in 2015 in Australia) – and already Cornot’s audacious plan to upset the Champagne status quo appears to be working.