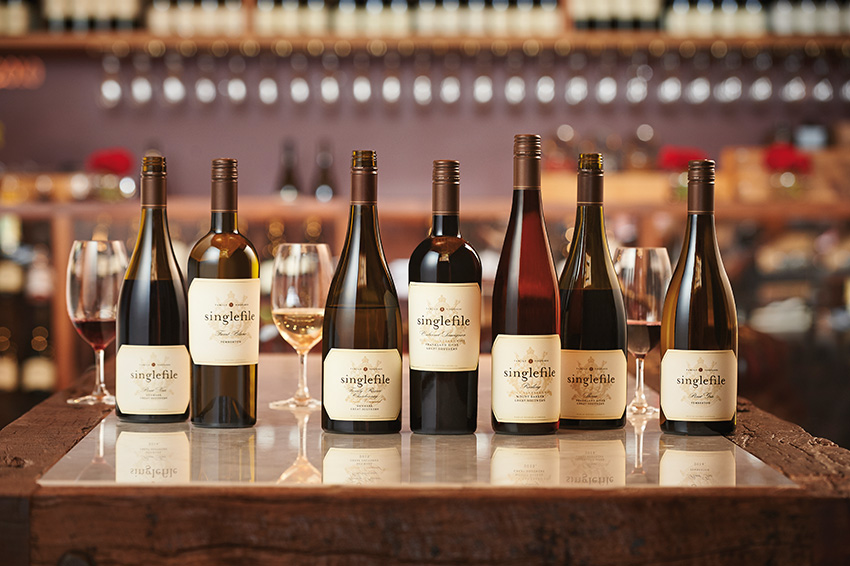 A WEARY look into the early night sky after a long day’s pruning provided the inspiration for a new WA label – Singlefile Wines. Silhouetted on a hilltop against the fading light was a row of geese making their way one behind the other to the vineyard dam for a night’s rest. “We would either see the birds or a rainbow,” said Viv Snowden, property principal with husband Phil. “It was extremely colourful.” The couple, both 67 and graduate geologists, migrated from South Africa to Australia in 1986. For the next 20 years they consulted to the WA mining industry, buying their run-down vineyard in 2007 as part of a historic 32ha property, to take up the challenge of a completely new industry – never having pruned a vine before while only consuming a handful of fine wines. But not being golfers, bowlers or bridge players, they decided on the wine challenge on their Denmark property, claimed by a third-generation local to be one of the top three in the area. It had been used for cattle grazing, and potato and apple production. “After the intensive mining-world pressure we needed a more peaceful, relaxed project,” said Phil. Initially they were shown how to prune but quickly decided on local expertise, employing viticultural contractors and winemaker Coby Ladwig – also a passionate local – to produce the wines. And it wasn’t long before most of the shiraz and all the merlot were pulled out – not considered up to the standard required – and their own small crop boosted by 80 per cent of fruit needs purchased from Great Southern growers for the 18 wines now in the Singlefile range. Chardonnay and cabernet are the flagships, already notching up an impressive range of medals and trophies for such a young label. As well, they have high hopes for their home-grown pinot which takes pride of place on Ladwig’s dining table. “While chardonnay is fun to make, pinot is always a challenge but rewarding when you get it right,” he said.