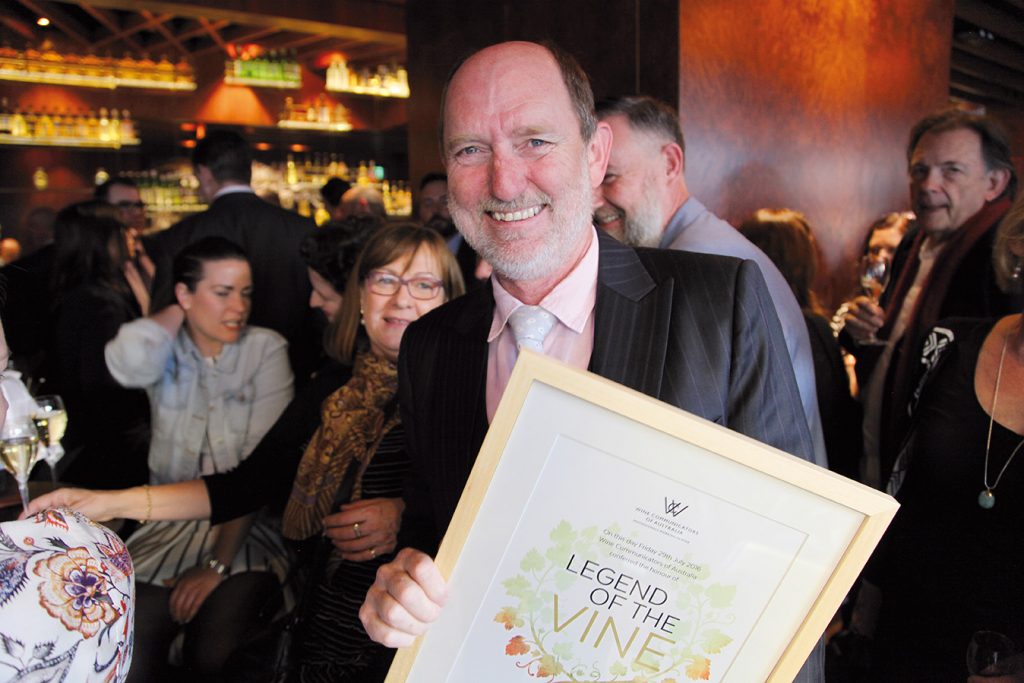 IAIN Riggs, the driving force behind Brokenwood Wines in the Hunter Valley and one of the industry’s most passionate advocates, has been named the 2016 NSW Legend of the Vine, by Wine Communicators of Australia. The award was presented at the Sydney Royal Wine Show, appropriately as Riggs has been involved with the show for more than a quarter of a century and was chairman of judges for six years. “Legend is a frequently overused word these days but Iain really ticks all the boxes,” said WCA national chair Angus Barnes. “He is a winemaker, a wine judge, a wine educator and a true believer in our industry and its people. When he talks, others listen.” The Legend of the Vine award was created in 2014 to acknowledge individuals who have not only made an outstanding contribution to the Australian wine industry but who have also helped chart its course and take its message to the world. Riggs has been Brokenwood’s chief winemaker and managing director for more than 30 years. Born in Burra, just a few kilometres from the vineyards of the Clare Valley, he studied winemaking at Roseworthy College, graduating with honours in 1975, then worked at Bleasdale and Hazelmere in McLaren Vale where he helped pioneer the concept of blending sauvignon blanc with semillon and was crowned McLaren Vale Bushing King in 1982. He then moved to the Hunter Valley to join Brokenwood. He was an inaugural board member of the Winemakers’ Federation of Australia, chaired the Australian Winemakers’ Forum and began his formal involvement with the Sydney Royal Wine Show in 1990.
Riggs is the third person to be awarded Legend of the Vine status in NSW. Previous recipients were David Lowe from Lowe Wines in 2014 and Rob Hirst from Fine Wine Partners last year.