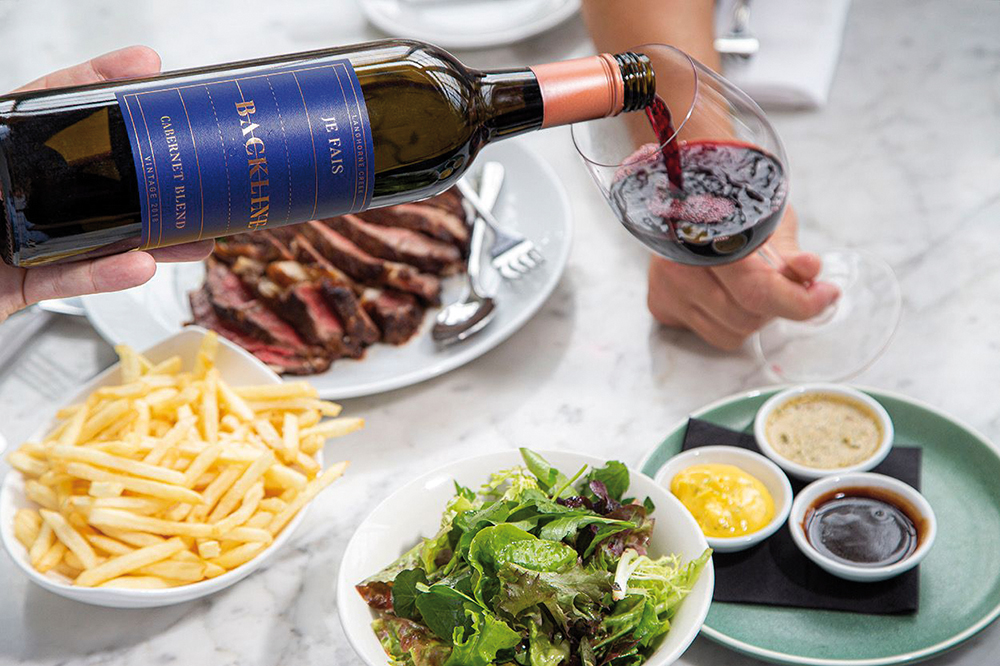 SERIOUS ABOUT SPORT AND WINE

FORMER Australian rugby internationals Adam Ashley-Cooper, Matt Giteau and Drew Mitchell are getting serious about the wine business. The trio recently launched a wine range that plays tribute to their time in the Wallabies’ backline with each wine being crafted based on a memory from the game or life outside rugby.
Their newest drop, a McLaren Vale Shiraz dubbed ‘295’ after the number of games they collectively played for the Wallabies, is made by renowned McLaren Vale winemaker Ben Riggs, who also works with former Australian cricket captain Ricky Ponting.
The 295 McLaren Vale Shiraz is a limited-run release with only 1063 bottles produced – the exact number of points scored by the trio in tests for the Wallabies. Drew Mitchell said the new addition to the range is a tribute to the trio’s rugby career together in the Wallabies’ backline.
“Gits, AAC and I have collectively played 295 games in the Wallabies’ backline,” he said. “You form an incredible mateship, on and off the field, when playing in the backline, and this wine captures this perfectly, alongside our commitment to excellence and our love for a laugh. It’s a wine that is full of character and is the ultimate expression of a McLaren Vale shiraz.”
The bottle is a talking point in itself finished with an embossed bronzed label and wax-sealed by hand. The 295 McLaren Vale Shiraz ($295 per six pack, of course) joins Backline’s existing line-up of the Backline Block Raider’ Langhorne Creek Shiraz 2018. The name paying homage to one of the boys’ favourite plays at $139 per case of six and the “Je Fais” Langhorne Creek Cabernet blend; “Je Fais” meaning ‘I do’. This also retails for $139 per case of six.
The range also includes the Pilou Pilou Fleurieu Peninsula Rosé 2020, named after the infamous war cry of the famous Toulon club, where both Giteau and Mitchell played. This is $114 for a six pack.
For more details see www.backlinewines.com.au