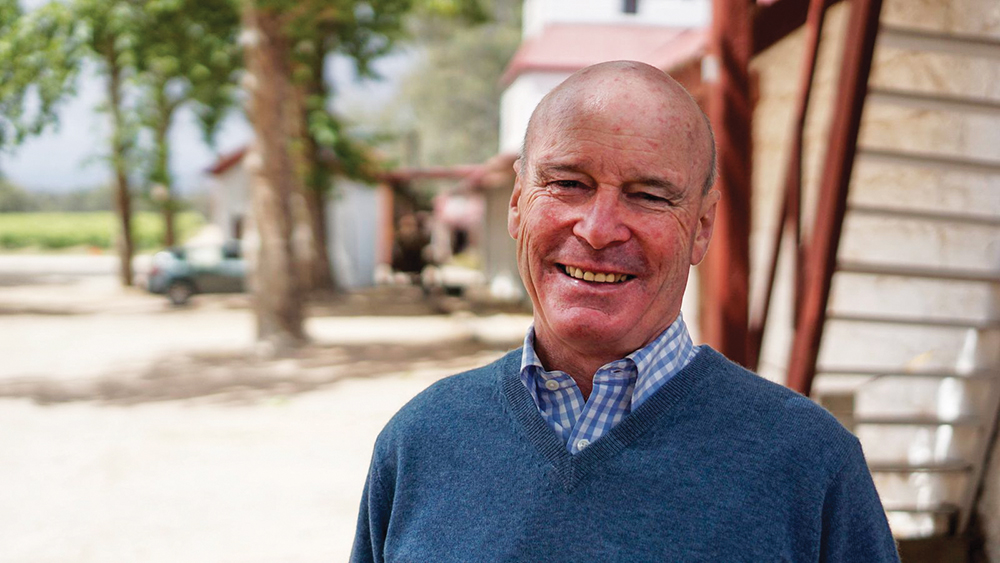 TAHBILK CHANGING OF THE GUARD

ALISTER Purbrick is standing down as head of Tahbilk – Victoria’s oldest family-owned winery.
And Tahbilk has gone outside the wine industry to appoint a replacement.
Tahbilk, established in 1860, has been owned and operated by the Purbrick family since 1925.
Fourth generation Alister Purbrick will retire in June and will be replaced as Chief Executive Officer by Ross Sudano. Sudano is described as having “experience in disrupting existing markets”.
He has worked with familiar brands including Little Creatures Brewing, Anaconda Adventure Stores, BP Australia, Foodland Associated Limited and The Reject Shop.
Alister Purbrick is a well-known figure on the Australian wine landscape, having served on several industry boards and committees over the course of his career. This includes his role as the inaugural chair of Australia’s First Families of Wine, this country’s leading group of multi-generational wine families, established in 2009, and as past president of the Winemakers Federation of Australia (now Australian Grape & Wine Incorporated).
“After 43 years running my family businesses, Tahbilk and the Tahbilk Group, it’s time for me to pass the baton on,” Purbrick said.
“After an exhaustive recruitment process, overseen by a family and independent member panel, we welcome Ross and are certain that his extensive and proven business acumen and leadership skills will build on the successes achieved over 162 years of operation.”
Sudano will be based at Tahbilk’s corporate office in Melbourne with regular time spent overseeing operations based in the Nagambie Lakes region of Victoria.
Tahbilk has over 220 hectares under vine and produces around 120,000 cases of wine each year.