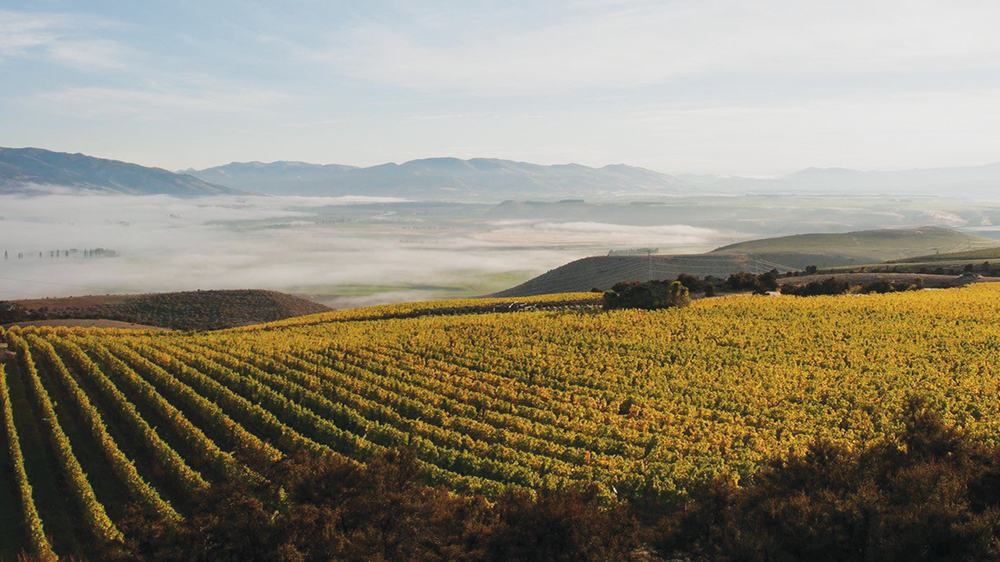 IT’S true that no two days are the same, and even truer that no two vintages are. Covid rather than weather loomed over 2020’s harvest, 2021 had the dream combination of no covid and perfect weather, albeit with smaller yields, but 2022 brought with it covid and challenging weather (for most).
February and March heralded New Zealand’s first serious community spread of coronavirus and the Omicron wave crashed into a harvest already running short on labour.
Julz Brodgen, owner and winemaker at Collaboration Wines in Hawke’s Bay sums things up, commenting, “It was an interesting harvest. The combination of the challenging weather patterns coupled with staffing issues due to Covid posed a tricky season for all involved. Vineyard sites that were well-tended to and ripened at the ideal time to dodge the effects of high rain events will provide some lovely wines of depth and character. However, those that weren’t will certainly see the result of reduced crops due to increased disease pressure. Overall we will generally see more elegant restrained wines than is typical with some treasures in the mix.”
This experience was fairly consistent down the eastern side of the country, with a series of storms sweeping through in February. Mark Thompson, Chief Winemaker of GisVin reported that Gisborne, “had double to triple the rainfall in the months on January, February, and March. Growers that were able to mitigate disease pressure produced some good fruit – standout varieties were chardonnay, early sauvignon blanc and gewurztraminer.”
In the Wairarapa, winemaker Helen Masters of Ata Rangi says, “2022 vintage started off well for the region with calm, warm weather at flowering, setting up a good fruit set. Rain late December was welcomed as it set the vines up nicely for the remaining season… but it was not going to be that easy! Three large rain episodes through February shifted the dynamics. It was a difficult season, with crops reduced due to rain, insect and disease pressure and the ongoing issues with seasonal staff shortages. With all the fruit in and safely tucked away in the winery, I can say that though this vintage challenged and frustrated winemakers, we are excited at how these 2022 wines will reveal themselves.”
In Marlborough, sentiments were a little rosier. Nat Christensen, Chief Winemaker of Yealands Wine Group says, “We had a lot of rain over the winter months which set the vines up to be vigorous and fertile. We had good crops this season, on par with long term averages and in some areas 10% above. There was a bit of disease pressure in the Wairau Valley, which meant some fruit needed to come in before the acidities were in balance, but there was good early flavour development which helped. The Awatere Valley had a great season, good clean fruit and strong classic flavour profiles coming through. We are really happy with what we have got in tank, everything is looking clean and vibrant and there are some real standouts in there.”
Further south, Vic Tutton of The Bone Line in North Canterbury says, “the Canterbury Covid spike coincided perfectly with harvest – so being a very small team we closed the gate and hunkered down. Some parts of the region had late summer disease pressure to manage in the lead up to harvest from dollops of rain and humidity – unusual for us all here – followed by a dry autumn. Overall, it has felt like a classic, pre-climate-change growing season, lacking the extremes, and most producers seem excited with what’s in the winery.”
Further west, Nelson’s weather behaved itself, with Heidi Seifried of Seifried Estate reporting, “Vintage 2022 was pretty kind to us… we had modest crops, and the weather throughout harvest was ideal with a fantastic long settled period of autumn sun. The threat of virus disruption never eventuated for us, so our vineyard and winery teams were able to chip away at harvest without anyone needing to isolate – phew! Flavours are good, acidity is bright and first bottlings not far away!”
It was all smiles in Central Otago as an extended dry run into harvest allowed winemakers to pick at their leisure. Paul Pujol, winemaker and GM of Bendigo’s Prophet’s Rock sums up, “The short answer is that 2022’s been great – a warm, dry, late season with almost summer-like afternoons (still the cold mornings) through until April. It made for a fairly compressed harvest of extremely clean fruit, slightly on the early side of picking dates, but holding pretty good acidity. Challenges were more around labour and pickers for the region, but most people easily got fruit as ripe as they wanted it. In the scheme of harvests, it was one where you got to pick when you wanted not when you had to.”
While the final tonnage is yet to be released, the good news for winemakers and wine drinkers is that yields were back to normal and the industry is breathing a sigh of relief as winery stocks and markets are replenished.