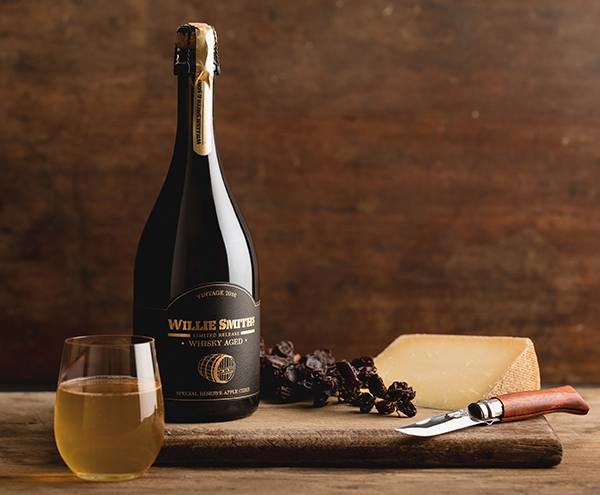 TWO of Tasmania’s iconic drinks producers have combined to create a unique new cider released this week. Innovative cider producer Willie Smith’s has joined award-winning Sullivans Cove distillery for its latest limited-edition special release; a whisky-aged cider. The Huon Valley cidery has worked with Sullivans Cove using hand-selected barrels to develop a complex product it hopes will excite the taste buds of craft cider connoisseurs. It is the first collaboration between Willie Smith’s and Sullivans Cove, which have both enjoyed recent international success. Willie Smith’s Head Cider Maker Dr Tim Jones said the collaboration was extremely rewarding. “One of the great things about working in the Tasmanian craft industry is the opportunity to work with other like-minded, innovative producers,” Jones said. “In this case, the opportunity to work with Sullivans Cove was very much well received by the team and we are very excited to be able to work with such an iconic Tasmanian whisky producer.” The barrels used were American oak, ex-bourbon casks that matured whisky for at least 12 years. “We aged the best of our dry cider in their whisky casks for 16 months,” said Jones. “What that did was combine the flavour of Sullivans Cove whisky with that of our cider, producing a very complex and unique product.” The 2018 limited-edition Special Reserve Willie Smith’s Whisky-Aged Cider was officially unveiled in Melbourne and retails for $50 for a 750ml bottle.